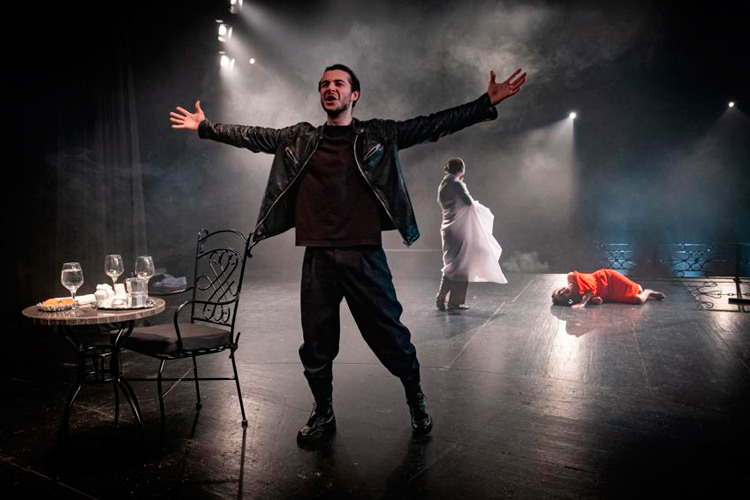 With the support of Russian Ministry of Culture creative teams of GITIS and other leading universities will produce five premieres in Russian theaters abroad.

By working with young directors, scenographers, and choreographers in Russian theaters in the former Soviet Union Russian Ministry of Culture can support Russian-speaking theaters in CIS countries.

Part of this initiative is the premier of Zeller’s play “Mother” in the State Russian Drama Theater in Sukhum on 26-27th of June. The play was produced by GITIS graduate Evgeniy Zakirov, scenography designer Maria Butusova and light designer Alexey Kryuchkov from the Moscow Art Theatre School.

On June 29-30th at the Dostoyevsky State Russian Drama Theater in Semey (Kazakhstan) there will be a premiere “The Little Prince” by Antoine de Saint-Exupéry. The play was created by the team: GITIS graduate Konstantin Deniskin, scenography student Alyona Grek and choreographer Sofia Gurzhieva.

In the same dates there will be a premiere of “Without a dowry” based on the play of Alexander Ostrovsky. The play is directed by GITIS graduate Daniil Shustov. The play was created with the help of sound designer Veronika Prosvetova and scenic designer from the Moscow Art Theatre School Daria Vipulis. The premiere will take place in the Russian Drama Theatre in Uralsk.

On July 20th Brest Academic Drama Theatre will host the premiere of “Truth is good, but happiness is better” based on the famous play by Alexander Ostrovsky. GITIS graduate Mikhail Pokhodnya, scenography designer Tatiana Anastasova and ballet student Yelizaveta Matvievich have worked together on this premiere.

This October, GITIS graduate Alexander Zolotovitsky will present the premiere of “Pushkin’s fairy tales” at the Aitmatov Russian Drama Theater in Bishkek.

Olga Lyubimova, Minister of Culture of the Russian Federation:

“It is important for us that this GITIS initiative continues to develop. Students and graduates of theater schools get a chance to realize their creative potential and make a name for themselves. For our foreign colleagues and partners, it is an opportunity to get in touch with the true traditions of the Russian theater school. We all hope that this project will continue to grow.”

“The project helps to create strong ties between Russian theaters of the former USSR and graduates of the best Russian universities. Young theater professionals have the opportunity to dive into the professional theater environment, and potentially work with the creative teams of foreign theaters.”

“This is a very important project not only for GITIS, but also for Russian theaters and Russian diaspora abroad. The latter values Russian culture, which is a major source of meaning and inspiration. This is why we are grateful to Roskontsert, that for the second year in a row has given our graduates the opportunity to create performances in Russian theaters abroad.”