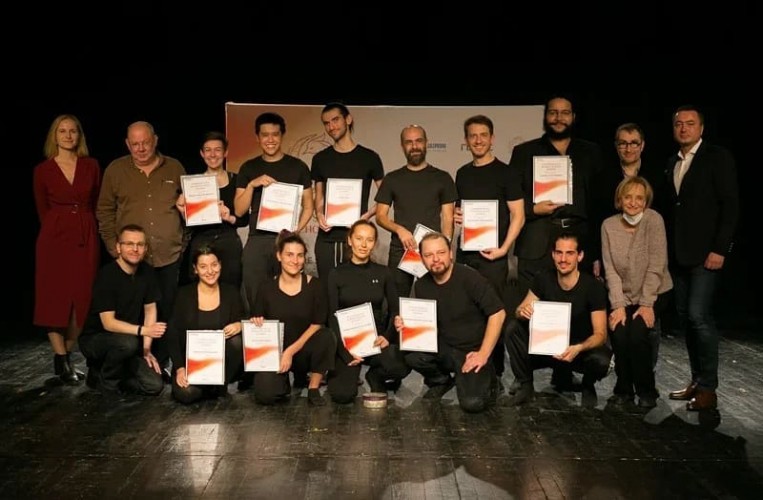 For three weeks 11 students from different countries of the world were studying theatrical arts and acting under the guidance of the best Russian teachers. Along with their studies, they had been working on their graduation performance which they showed on the stage of the GITIS Student Theatre.

The performance staged by the students under the guidance of the course head M. Chumachenko consisted of several parts. It included sketches about studying in Russia, reading of the Anton Chekhov’s play “The Seagull” in English and other languages ​​native to the students, as well as sketches based on the stories by Chekhov which the session participants directed and prepared independently. The performance itself was kept in a minimalist visual style.

The graduation performance provided an excellent conclusion to the Theatre Session of Innopraktika and Russian Seasons School demonstrating the educational and artistic experience gained by the students in Russia.