GITIS and Chinese Central Academy of Drama agreed to cooperate 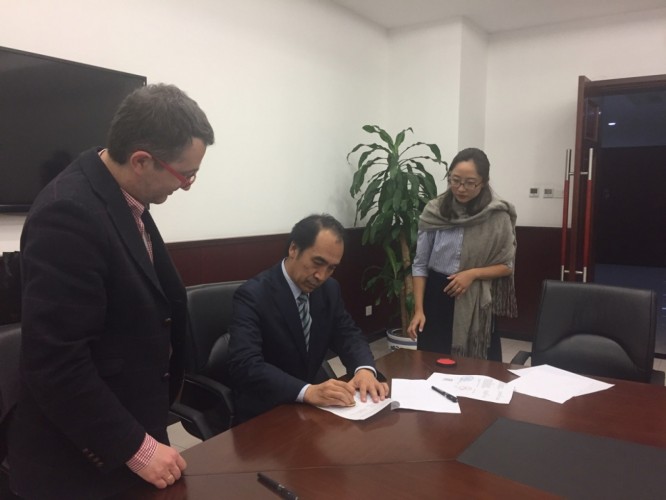 GITIS Rector — Grigory Zaslavsky — during his brief visit to China signed an agreement with Central Academy of Drama in Beijing, that hosted a regular session of World Theatre Education Alliance.

Central Academy of Drama was founded in 1949. Same way as GITIS, the Academy teaches almost every kind of theatre professions. The agreement suggests cooperation in several directions, including student and faculty exchange. Chinese partners got very interested when they heard about Puppet Theater Program for actors and directors launched at GITITS this year.

The heads of the two largest theatre schools expressed their hope that they would be able to come up with practical decisions in as soon as one month — when meeting at the Cultural Forum in Saint Petersburg.