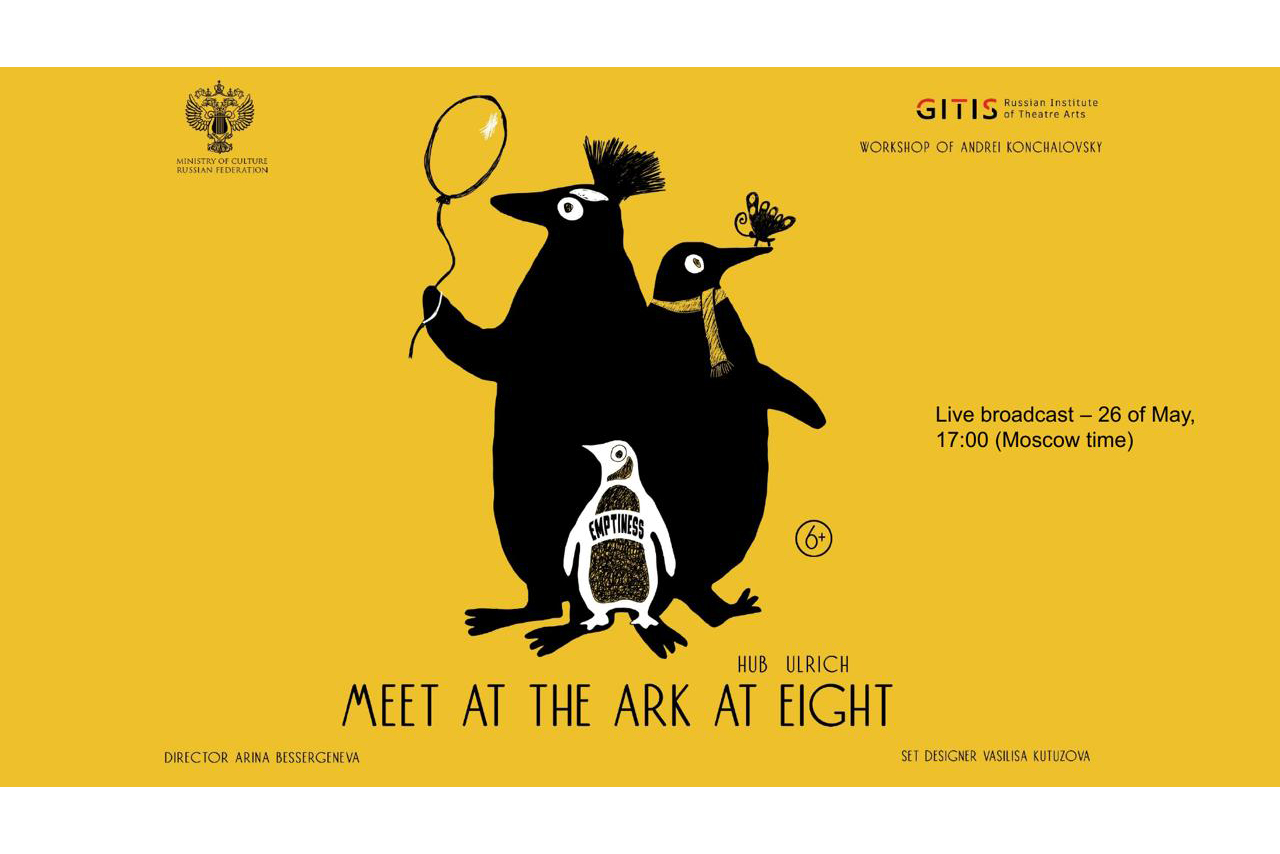 On May 26 at 7:00 pm the Russian Institute of Theatre Arts — GITIS and the Institute of Film and Television (GITR) invite you to watch the live broadcast of the premiere of Andrey Konchalovsky’s Workshop “Meet at the Ark at Eight”.

The students moved the production from the stage of the GITIS Educational Theater to the shooting pavilion. Performance will be broadcast simultaneously from six cameras. This is the first experience of such cooperation between the two universities.

After the premiere, the performance will be discussed with the head of the workshop, director Andrey Konchalovsky, the author of the play Hub Ulrich (Berlin), the director of the play Arina Bessergeneva, the actors and the film crew of the project.

The show will take place on the GITIS YouTube channel!