Check out our new booklet! 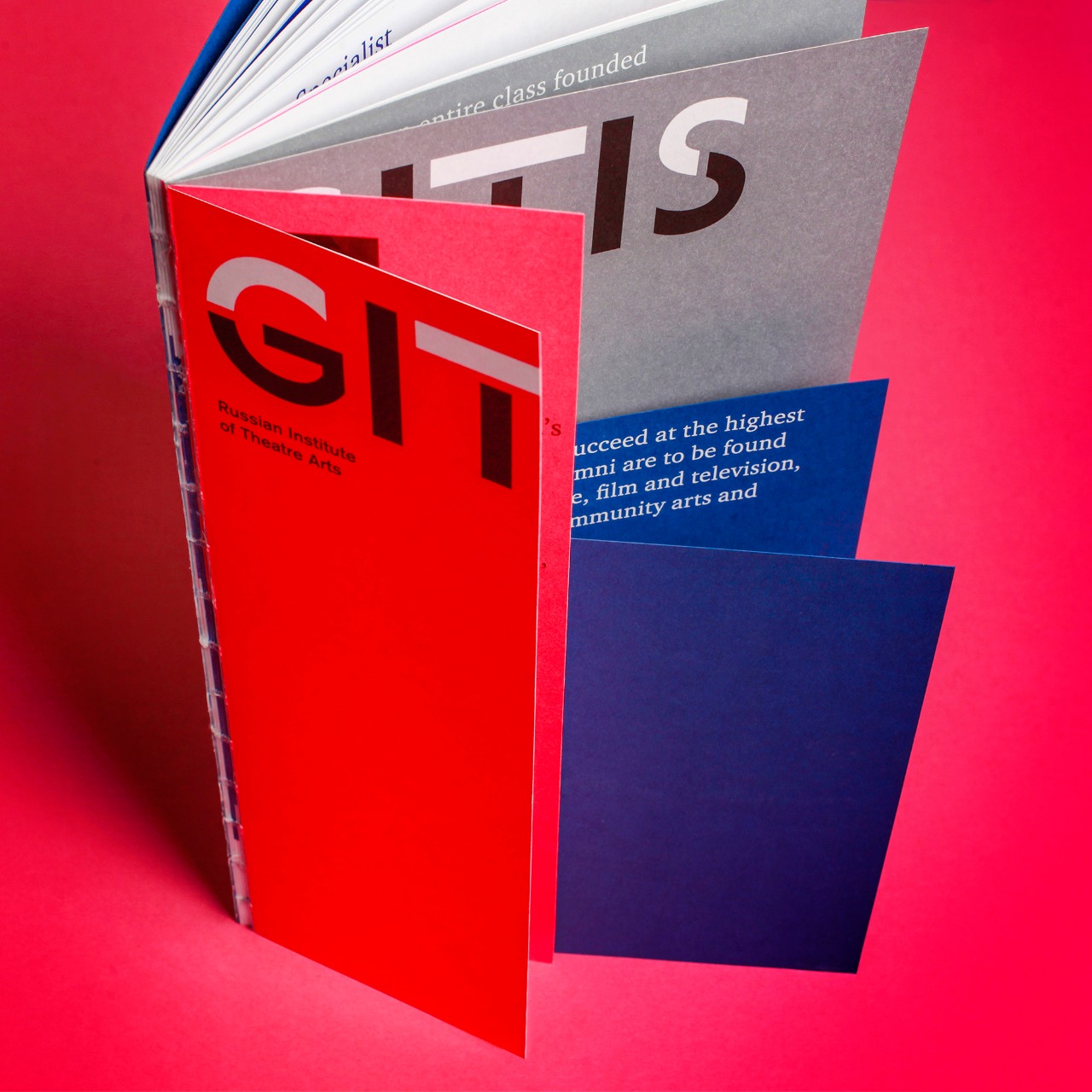 GITIS presents its new booklet, where you can find detailed information regarding our institute.

It may be a difficult decision — going to the university in a country you’ve never been to. That’s why we want to give you information about GITIS traditions and unique study programs as well as useful tips about Moscow. We sincerely thank the designers and editors — ABC Design studios for such a bright and clear representation of GITIS.

“We had a task to make our GITIS booklet look non-trivial. There are some visual trends which we tried using by applying them to the material we had. Hence we’ve played with different short covers — which symbolize the theatre cover, separating the theatre itself from its backstage. We’ve also used fluorescent acid-pink colour as a visual disturbance which we thought is needed. An open book back symbolizes the booklet’s lightness, like a student’s scrapbook, a draft paper. We believe that we’ve put in many modern design elements and emotions into this small object and are quite proud of the result”, says Dmitry Mordvintsev the Head of the ABC Design studio.