GITIS is the largest and oldest independent theatrical arts school in Russia, founded in 1878. We train students in various disciplines and provide a combination of traditional university education and innovative methods.

More than 1500 students from various countries study at the School. GITIS is proud to be a direct heir of the famous Stanislavski’s system. 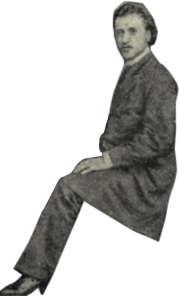 Touch our history
Since 1878

GITIS’s main building is located in the center of Moscow, just a short walk from Arbatskaya Metro station.

All new students of the Institute immediately find themselves in the center of the capital’s creative scene: Tchaikovsky Conservatory and Mayakovsky Theater are located nearby, and the city can offer hundreds of museums, around 170 theaters and a variety of sites and landmarks worth seeing with your own eyes.

These names usually become familiar to people even before they come to Russia’s capital: the Red Square, the Bolshoi Theatre, Moscow City and Ostankino Tower are famous across the world.

The Kremlin which has historically been the center of the growing Moscow is a characteristic symbol of its era. The Bolshoi Theatre is famous for its triumphant world tours and the outline of its monumental building is familiar to many people outside Russia. In Moscow City you can take the tallest elevator in Europe, and in Ostankino Tower you can dine in a restaurant located 100 floors off the ground.

In the evening the city’s night clubs open their doors as the capital transitions to night life.

World-famous artists and rising underground stars perform in clubs and there is always something for every taste: in Gazgolder you can dance to the beats of popular techno and house DJs, in 16 Tons you can listen to true rock and if you enjoy jazz, Alexey Kozlov Club is the place for you.

Whatever your taste in music may be, you can always count on having a great time enjoying quality sound and ambience.

Today, Moscow offers over 450 museums meaning that if you spend only an hour in each, visiting them all will require almost two months of full-time museum going. Of course, there probably isn’t a person who has seen them all.

After all, people choose according to their interests: admirers of classical painting go to the Tretyakov Gallery, lovers of history and archeology visit the State Historical Museum and connoisseurs of contemporary art spend their time in Garage and MARS.

Walking through the streets of Moscow, it is easy to see how the city’s architecture changed with time. For example, on one end of the Shelepihinsky Bridge is the Church of the Intercession in Fili built in the 17th century baroque style, while the other end is dwarfed by ultramodern 50-storey skyscrapers.

Polish theatre director who developed a ‘poor theatre’ concept and became one of the theorists of modern theatre arts. In 1956 he finished post-graduate studies at GITIS directing department where he studied acting methods of Stanislavsky, Vakhtangov and Meyerkhold. Grotowski was Doctor honoris causa at the universities of Bologna, Pittsburg, Chicago, California and Wroclaw.

Russian film director, screenwriter, and actor who studied at GITIS acting department in Evgeniy Lazarev theatre workshop. In 2003 Zvyazintsev won Golden Lion at Venice Film Festival for his film The Return and in 2014 his Leviathan won Best screenplay award at Cannes Film Festival. Leviathan and director’s other film, Loveless, were also nominated for Oscars.

Russian director and teacher who created Dramatic Art School based on a ‘laboratory — school — theatre’ creative model. With his first degree in chemistry and second one in directing, Vasilyev focused on the opportunity of creative experiments. After graduating from GITIS he returned there to teach directing. He received several Russian awards for his works, became a chevalier and thereafter a commandeur of French Order of Arts and Letters.

We honor our traditions,
respect all existing methods
and constantly break the rules
to invent new approaches.