Students of major theatre schools of Belarus, Russia and Ukraine worked together in Minsk 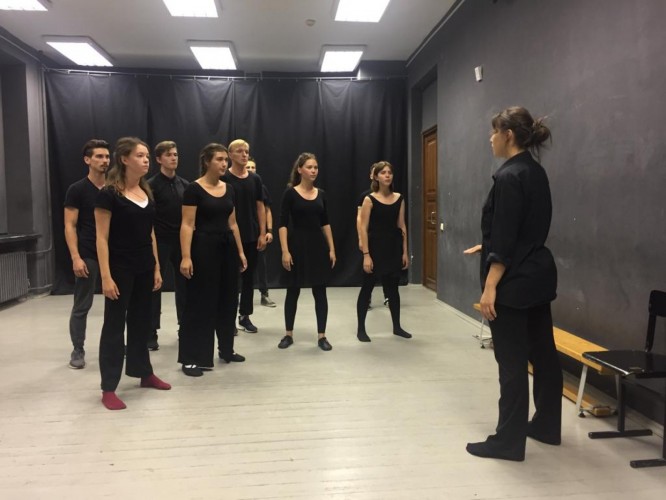 The second meeting of students and teachers from GITIS, Kiev National University of Theatre and Cinema and Television named after Karpenko-Kary (Ukraine) and the Belarusian State Academy of Arts took place in Minsk. It was part of the humanitarian project “the Minsk’s initiative”.

From September 9 to 14 the students were rehearsing and practicing all together. The first day was the GITIS day, when classes on acting art, stage movement and speech technique were lead by GITIS teachers. Then there were a Kiev and Minsk days, when master classes and workshops were conducted by professors of these famous schools from Ukraine and Belarus.

Such meeting was held for the second time already. We hope that this unique educational exchange will become a good tradition for the three major theatre universities of the former Soviet Union.