Premiere of GITIS Graduates in France 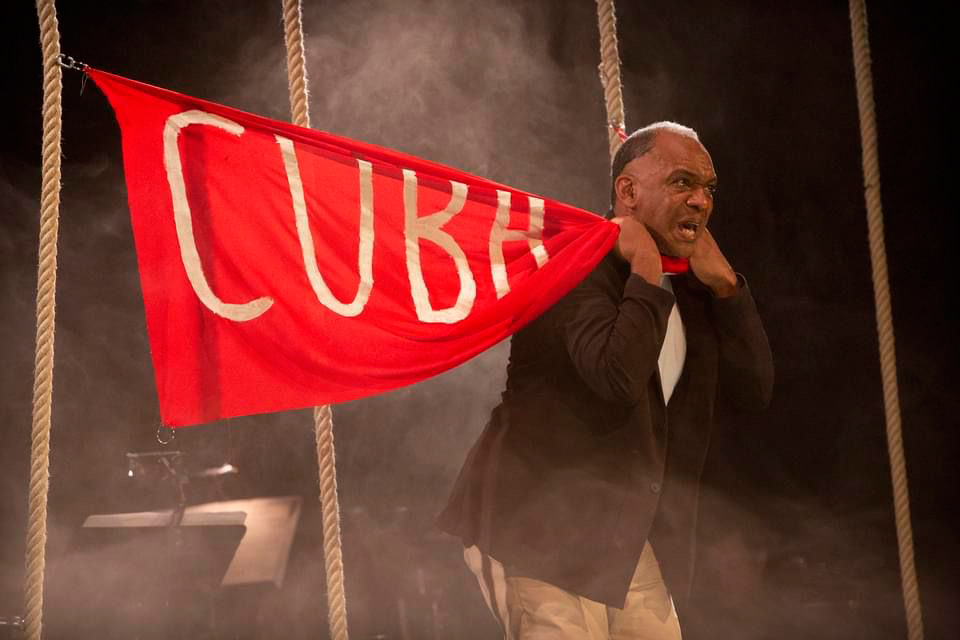 The production was possible thanks to the participation of Victoria Agarkova and Irina Deryabina in the Academy for musical theater T&M Nîmes 2022. The Academy brought together directors, set designers, composers, playwrights, conductors and producers from France, America, Canada, Mexico, England, the Czech Republic, Italy, Russia and other countries.

All Academy participants have gone through competitive selection and were, therefore, divided into three creative teams. Each team included director, scenographer, costume and lighting designers. The organizers provided each team with a theater space to work and create. After two weeks of rehearsals, the productions were shown to the professional theater community and then to the people of Nîmes and other towns in Provence. In addition to “El Cimarron”, the French audience also had a chance to enjoy Igor Stravinsky’s “The Story of a Soldier” and Georges Aperghis’ “Recitations”.

According to GITIS rector Grigory Zaslavsky, the triumph of GITIS graduates in Nîmes once again “confirmed the triumph of not only the GITIS education, but rather Russian school of theater and the national school of musical theater overall.” “As GITIS rector I am thrilled about the latest news and I am endlessly proud of the success of GITIS’ graduates,” Grigory Zaslavsky commented.

Congratulations to Victoria and Irina on this premiere in France, we are wishing them new creative challenges and achievements ahead!